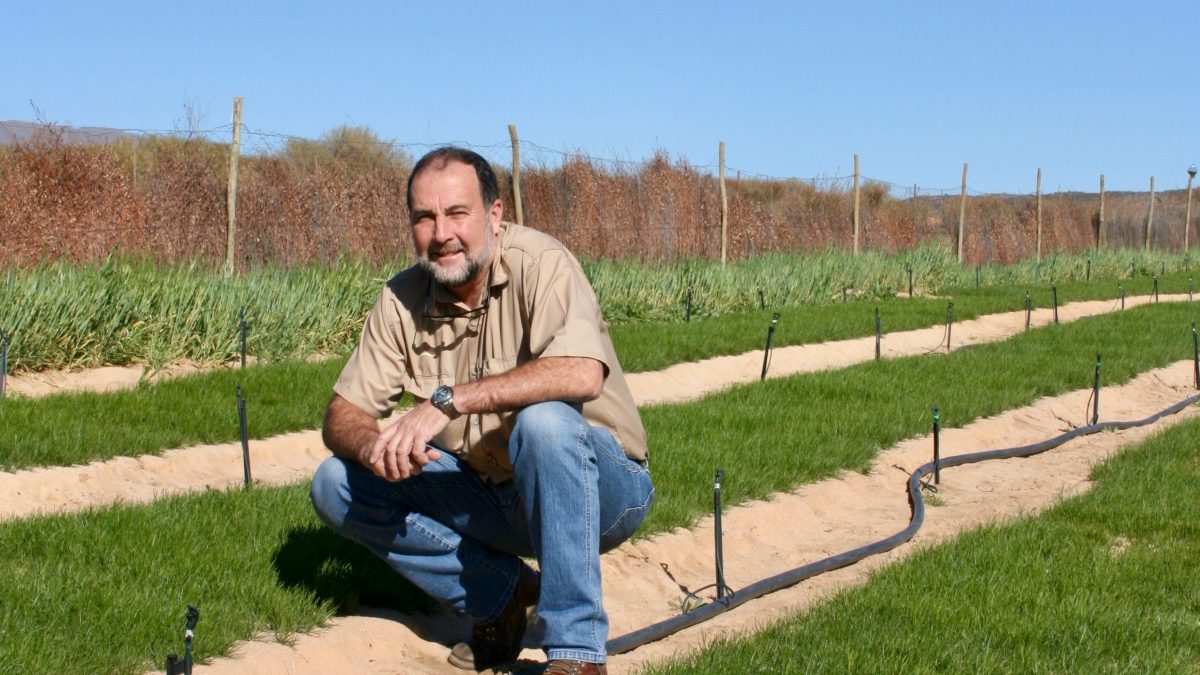 The great interest shown in this “miracle bush” has caused the demand for rooibos (Aspalathus linearis) to increase significantly over the past few years.

History
It all started with the Khoisan’s traditional use of rooibos. In 1930 dr. P.le Fras Nortier discovered how to germinate rooibos tea seed. He grew the first plants on his farm in Clanwilliam and the seeds were so scarce that he paid the locals £5 for a matchbox full of seeds. However, the problem was soon resolved when a Khoi woman followed ants to the nest, leaving enough seeds for Dr. Nortier to continue with his research. During the Second World War it was impossible to import tea and Rooibos was the next alternative. In the past, this indigenous plant, was only farmed in the Clanwilliam area. Today, rooibos is planted as far afield as the Swartland and Sandveld areas.

Johan Ferreira, of The Red. T. Company outside Clanwilliam, started its organic tea plantation on the farm, Nooitgedacht, in 1995. With 18 years of knowledge as an agricultural pilot, he realised his dreams of farming himself. The need, however, was to move away from all the years of working with toxins and being more environmentally friendly. The Red. T. Company expanded its business in 2000 by adding a processing plant and a packaging plant, and has since become known as the most dynamic boutique company in the rooibos industry. They export to countries as far afield, such as Australia, Japan and the Netherlands.

GOOD ADVICE:
Johan refers to the importance of soil preparation before new rooibos tea is planted. Soil samples play an extremely important role in determining the nutritional status of the soil, as well as determining the gypsum and lime requirements for each field.

He started using Atlantic Fertilisers’ organic fertilisers when he worked out the nutrient requirements of his tea and realised it had the same relationship as the nutrients available in chicken manure.

WHAT IS RECOMMENDED?
Atlantic Fertilisers’ focuses on keeping the agricultural ecosystem in balance by creating healthy, nutritious soils. Rooibos tea prefers low pH sandy soil and good results are obtained on soils with higher carbon levels. The Bio Rock product, which contains organic phosphate in the form of soft rock phosphate, was recommended as a fertiliser on previous crops such as oats and wheat. The plant roots are susceptible to high phosphate concentrations obtained from easy-to-access chemical phosphate sources.

Johan also uses the Bio Ganic product from Atlantic Fertilisers. Much research is being done on rooibos and the Department of Soil Science at Stellenbosch University is currently researching how fertilisation contributes to the growth process of rooibos plants. Atlantic Fertilisers are proud to be part of this study. One thing is certain, thanks to the health benefits and pleasant aroma of rooibos tea, the world is craving this product!