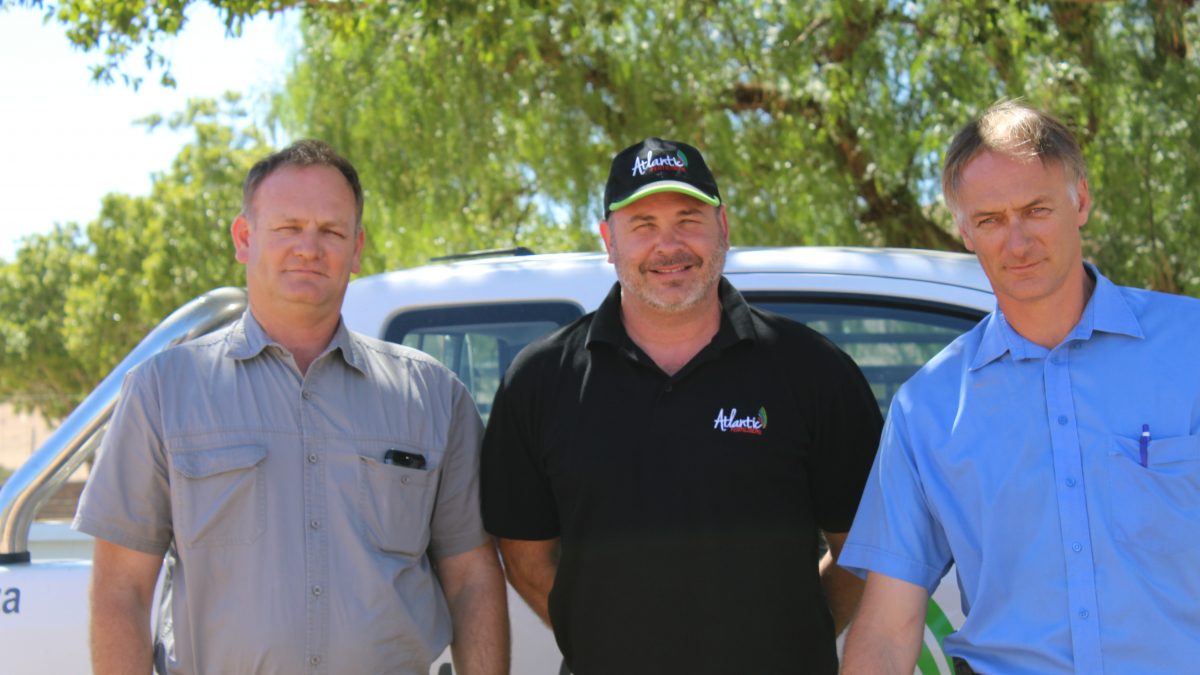 The two Bester brothers, Cobus and JP, are the fourth generation managing a family farm that was established by their ancestors more than 150 years ago. The farm Uitkyk is situated outside Moorreesburg in the heart of the Swartland and here they farm with wheat, medics, cover crops, sheep and cattle.

Cobus’s financial background helped make certain management changes when he noticed their neighbour made the same profit with less effort. Immediately they looked at ways to keep production costs and risks as low as possible, and to measure the cost year after year, even if it was a bad crop year. “You can’t improve if you don’t know what to improve on,” he explains.

Soil management for crops is one of the changes that have been made and Atlantic Fertilisers’ fertilisers are part of the annual package, along with lime, gypsum and nitrogen additives. Takkies Reitz from Nexus advises them with the necessary advice and a lot of self-research gets done on soil improvements. JP believes when you have good soil, you obviously have good animals on the land, it’s already proven when they entered sheep for a show. The story soon spread that they injected the sheep with supplements, but then it was pointed out that they did not use any supplements; it was quite natural of the food the sheep had taken on the land. It’s for this reason that they can deliver their cattle to Woolworths today.

Previously, only Atlantic’s soil conditioners were used, such as Bio Ganic and Bio Rock, but today they use the semi-organic fertilisers and trace elements where needed. The farm applies a modern crop rotation system, also known as the old third system. Only a third wheat gets planted and the next two years are followed by medics and cover crops. This system helps manage the risks and it is especially important to build enough carbon in the soil. Yields are higher, and it is of the utmost importance that the cost per hectare is the lowest.

Cobus and JP create a clear picture of the passion they have for farming and belong to the conservation agriculture group. They hope one day to be able to deliver their wheat to an organic market, but for now they must farm biologically in pursuit of organic.