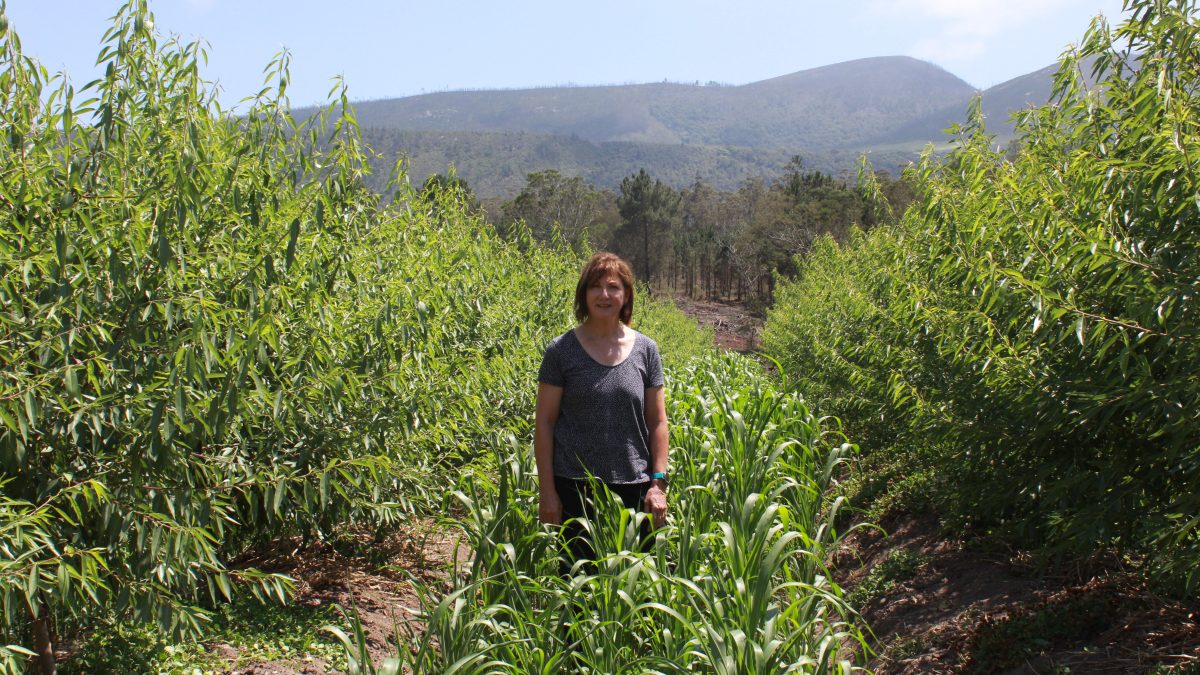 Brenda Niehaus from Redhaus-farming in the Plettenberg bay area originally prepared the soil  for vineyards, but later decided on almond orchards.  She follows a biological approach to her farming, she currently has 4,15 ha of Almond orchards. Soil preparation was done over two years with by means of deforestation, soil sampling and subsequent corrections with lime, gypsum and phosphate together with the establishment of cover crops.

Kobus Kotze from Nulandis and Michael Oosthuisen from Unlimited Nuts assisted her,  while Pieter Beyers from Atlantic Fertilisers offered his knowledge on crop nutrition utilising  the Atlantic semi organic range and water-soluble fertilisers. Brenda also broadened her knowledge through completing courses and attending information days regularly. The first almond trees were planted in August 2019 with Bio Rock and the Atlantic Fertilisers sapling program was followed.

“You can see the trees are healthy and are growing at an excellent rate”: says Brenda.

The farm was overrun with black wattle trees (Acacia Mearnsii), which was chipped and used as a mulch. Brenda has found that water usage has dropped dramatically. The most important decisions thus far have been to choose the correct rootstocks and cultivars for the regions’ erratic climatic conditions and soil. After extensive research, it was decided to use Viking and Flordaguard as the rootstocks and Nonpareil and El Fahem as the main cultivars. The cross-pollinators for Nonpareil are Peerless, Price and Marconita. The cross-pollinators for El Fahem are NE Plus Ultra and Volcani 5. The trees were planted at a high density of 1 905 trees per hectare. There is still a long way to go, and a more accurate opinion will be formed after the first harvest. Brenda is comfortable with her choices and is looking forward to seeing the results of all her inputs.