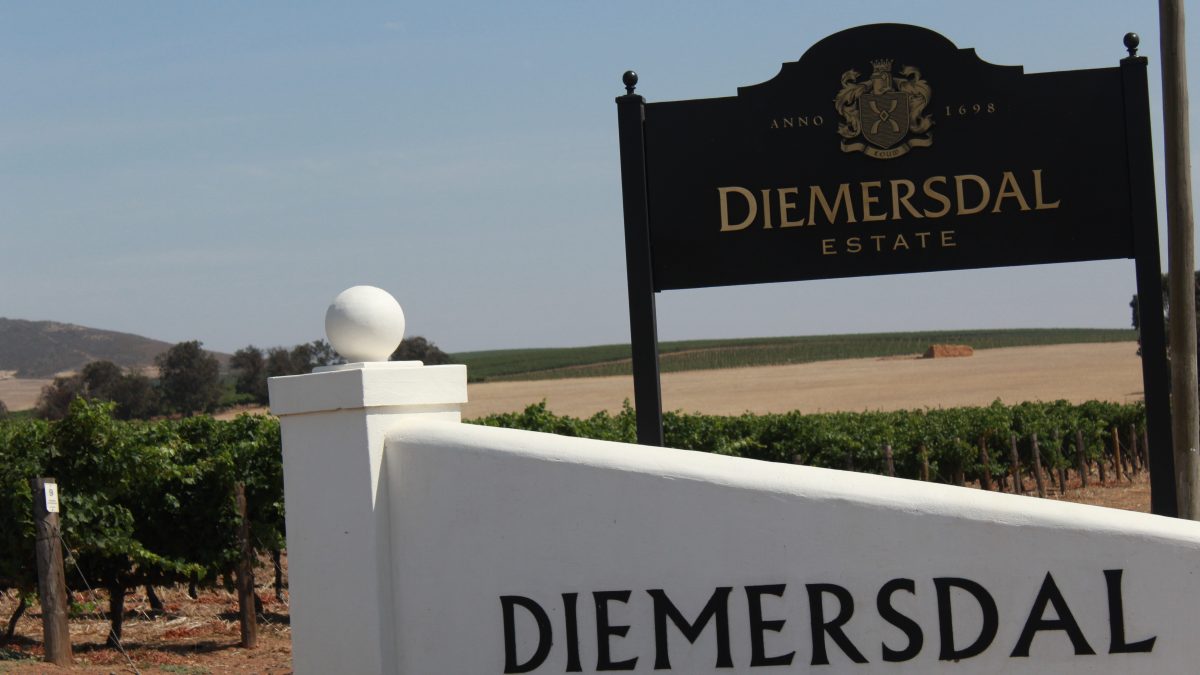 Six generations of Louws have practiced the art of winemaking at Diemersdal since the Estate passed into their hands in 1885. More than 12 decades later, Diemersdal is a well-known landmark in the lush Durbanville Valley, one of the Cape’s oldest wine regions.

Diemersdal forms part of the Wine of Origin Cape Town, where cooling mists from the Atlantic Ocean roll over the vineyards every afternoon, contributing to the unique character of Diemersdal wines.

This estate is situated against the cool slopes of the Dorstberg, with Table Mountain in the background. The farm consists of 340 ha, where 180 ha consists of dry land vines. Thys Louw, the winemaker, is the sixth generation Louw on this estate and has been farming with his father, Tienie, since 2005.

The first bottle of Diemersdal 8 Rows was bottled in 2006 and won every wine prize possible. Only 3000 to 5000 bottles are produced every year. It is harvest time now and the current drought hasn’t really influenced the harvest, says Thys.

The roots of unirrigated vines run deep, able to access deep-lying moisture and coolness when the shallow soils are parched and hot. Due to the vines knowing they are not going to be spoilt by irrigation programmes they build-up a resilience to dry conditions, hence the relatively minimal effects.

Diemersdal has focused on the reintroduction of organic material into the soil. Further to this they believe the secret lies in the planting of specific cover crops and the discerning use of “soft working” fertilisers.  Bio Ganic from Atlantic Fertilisers has been used for the past 20 years to ensure soil fertility and working micro-organisms, which leads to better moisture and temperature conditions.

Soil samples are taken twice a year to determine if the decisions implemented had the desired effect. All these processes result in a successful finished product.

We wish Diemersdal a prosperous, fruitful year ahead.  Let’s keep growing together!