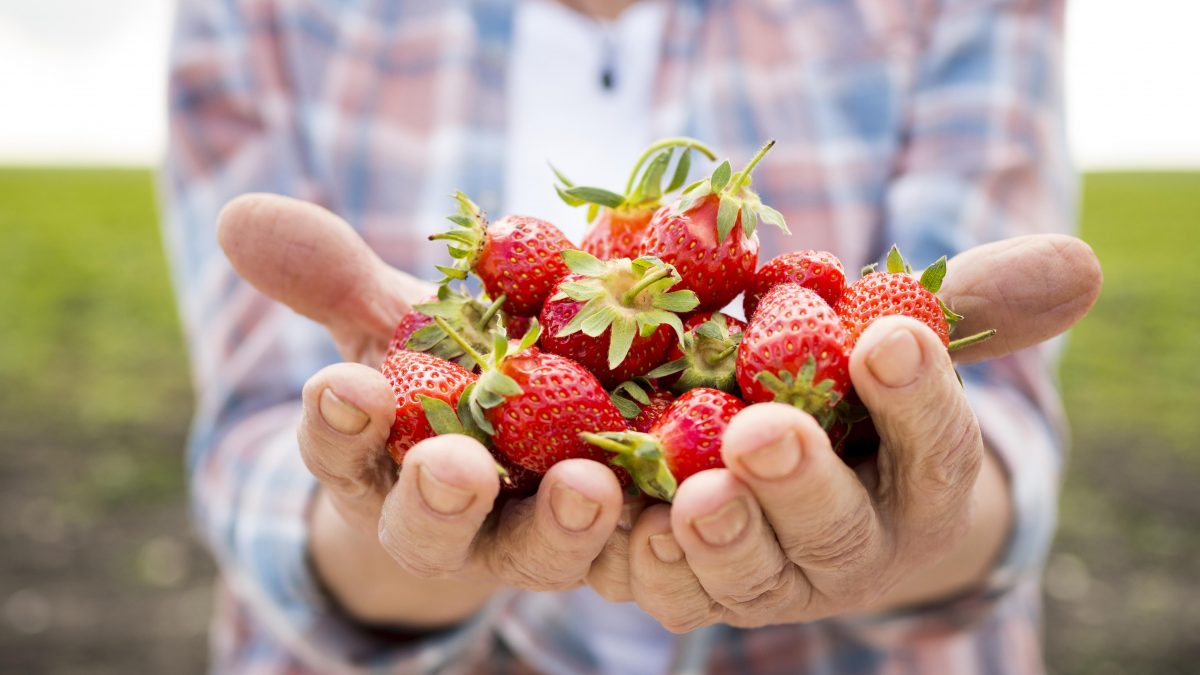 Strawberry growers are often on the lookout for sustainable products to improve the general health and yield of their crops.

The purpose of these trials was to boost the plants with fish fertiliser, as the plants had a slow start due to low temperatures in 2020. They wanted to determine if fish hydrolysate could promote the growth and speedy recovery of the plants. The first trials were done on 9 blocks, where one block was completely left out of the treatment (the control).

Block 7 received double applications to measure the deviations. The rest of the blocks were treated according to standard recommendation, 10 litres per ha. The application was repeated after 14 days or as close to it as possible. The fish hydrolysate was applied through the Netafim-drip irrigation system which enables extremely accurate applications per block.

The trials were done on only one cultivar, the Monterey strawberry. It is known to be a vigorous plant and this variety adapts well to organic fertilisation. The fruits of the Monterey are slightly bigger, but less firm than other cultivars such as the Albion strawberry.

Observation during the first two months was an increase in fruit-size, which leads to efficient picking, less fruit per picking crate and in the end, easier packing.

Block 7 which received double treatment, produced an average of 30 picking crates more than the rest of the blocks during the beginning of the season. “The number of flowers formed after the use of fish hydrolysate leads to higher fruit volumes. Fish hydrolysate’s contribution to soil health, which includes the nutrition of the micro-organisms, the provision of nutrients and the stimulation of root growth, cannot be ignored,” says Zak Nel, project manager of chemicals and sprays.

The only negative aspect with this extraordinarily large fruit is that it was difficult to fit the fruit into the 250 g-punnets.  According to Zak another packaging line had to be installed to handle this pleasant challenge.

“From a visual perspective, compared to the blocks without the treatment, the results indicate a clear increase in flower numbers and the overall condition of the plants. It is still early, but we are already excited about the quality of the fruit,” says Zak. The final results of the trials will be analysed at the end of the season when all the blocks will be compared. Strawberry producers also get great results by combining fish hydrolysate with Atlantic Fertilisers’ Bio Ocean fertiliser.