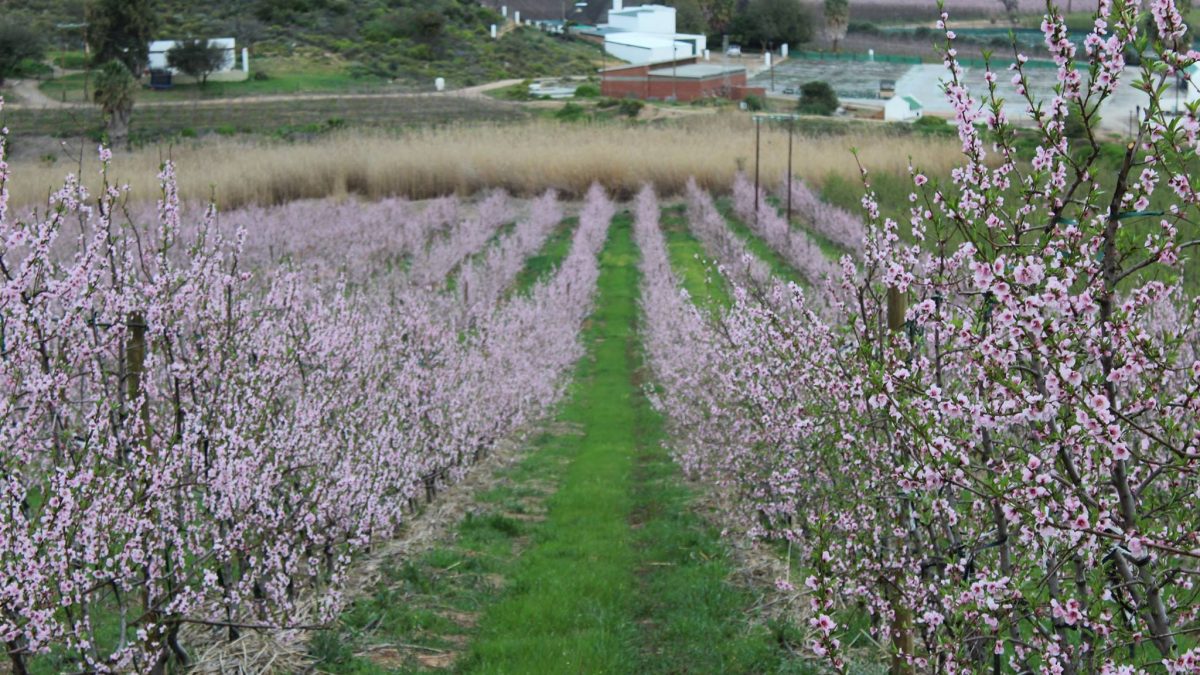 “Since I started working with Atlantic Fertilisers, I could see the difference in my trees!” says Wim.

You will find Wim Joubert in the orchards in Montagu on the ever-popular Route 62.

He is always busy, and his duties entail overseeing the farming and different tasks at Cape Dried Fruit Packers t/a Capedry, so that you and I can feast on the tasty dried fruit and nuts.

Wim is the Director and Operating Advisor of Capedry and his daily tasks are divided between Capedry and Montagu Droogbane on the farm La Providence and Montdry on the farm Weltevrede. He farms in collaboration with shareholders, Capedry, Paardekop Boerdery, Kotzé and Baard. Wim’s son, Willem Joubert, also works at Montagu Droogbane, where he is the Production Manager.

Wim started his career in the Pongola vicinity where he farmed with sugar cane, cattle and game. In 1998 he moved to Montagu and settled on the farm La Providence.

It has always been a dream of his to run his own business. The opportunity to become involved in the process of drying fruit and the packaging, marketing and export, as well as the local sales of dried fruit arose and Wim seized this opportunity with both hands.

Capedry purchased La Providence in 2003 and Wim’s duties expanded as he became the Managing Director of Montagu Droogbane. Later he was also appointed as Director of Capedry and in 2017, with the purchase of the farm Weltevrede, he was appointed as Project Manager of the business.

Peaches, apricots and pears from farms of which Capedry is a shareholder are used and fresh fruit from neighbouring towns such as Montagu, Robertson and Barrydale are purchased and then dried. Nuts, raisins, mangoes and other products are also purchased to expand the product range. Wim’s daily duties include visits to producers, and where needed, he gives advice on their various farming activities, thus ensuring that the products meet the high standards of Capedry.

Wim was looking for more guidance regarding plant nutrition and technical assistance. He was introduced to Atlantic Fertilisers through his chemical advisor, Etienne Bruwer from Nulandis. During the previous season Atlantic Fertilisers took soil, and at a later stage, also leaf samples from La Providence and Weltevrede. There after they set up soil corrections and feeding programmes. At the end of the season Wim said: “Since I started working with Atlantic Fertilisers, I could see the difference in my trees!”.

Capedry is a food producing factory and were fortunate enough to stay open during the recent outbreak of the Covid-19 pandemic. The drought of the past few years had a much more significant influence on the industry as less fruit was available to purchase. Markets and market trends had to be studied meticulously.

Wim’s plans for the future include the stabilising of water availability and further planting and expansion of their orchards.

We wish Wim, and Capedry all the best for the future!