A Rooibos Tea selection to delight every tea lover! 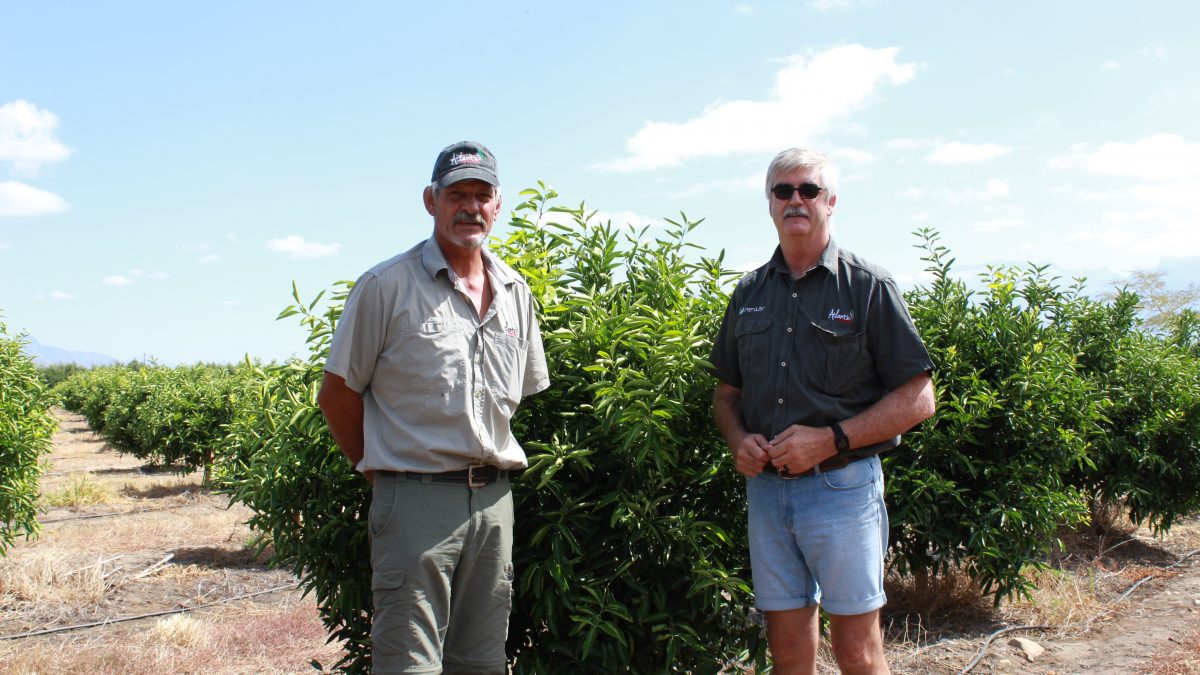 Johann Möller (left) from Atlantic Fertilisers and Andries du Toit of the Horologe Krants farm in the Rawsonville area.

Citrus plantings increase wine producer’s profitability: Andries du Toit has been farming on the family farm Horologe Krants in the Rawsonville area since 1986.

He decided to establish citrus in 1997, due to the low profitability of wine grapes. In 1998 he transplanted his neighbor’s citrus trees and in 2000 he expanded further by establishing another 1 ha of Clementine Nules.  “The citrus industry is currently doing well and is much more profitable than vineyards”, says Andries.

Andries says regular nutrition with the right products at safe concentrations is the answer and guarantees results. Foliar sprays were also recommended to support the limited root systems of the young trees and complement possible macro- and micro-elements shortages. He recommends Atlantic Fertilisers’ products as well as their technical knowhow and fertigation programs.

For wine producers wanting to diversify and add citrus to their crops, he recommends first determining where your market is, who the fruit marketer in your area is and to establish where you are going to pack or set up your own packhouse.

“Relationships with your fertiliser supplier are of the utmost importance. Theunis Jordaan from Nexus and Johann Möller from Atlantic Fertilisers mean a great deal to me”, says Andries. Each producer will have decided what his diversification strategy will be, but it seems to be that citrus is most definitely a profitable alternative.